I’m excited to be part of the Aurora Centralis Official Blog Tour. Aurora Centralis is book 4 in the bestselling Aurora series and the author, Amanda Bridgeman, is a West Australian author like me. She’s also published by my publisher, Momentum. When we discovered we both lived in Perth, we met for coffee and had a great time chatting about all things writing. So without further ado, let me tell you about Aurora: Centralis. 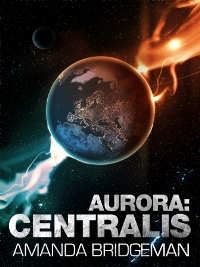 The beginning, and end, of everything …

After the dramatic events of the past few missions, Captain Saul Harris and Corporal Carrie Welles have found themselves on a path they never expected to be on. Carrie, more vulnerable than she’s ever been, is placed under immense pressure as she becomes the most valuable asset to the UNF. Meanwhile, Harris works with the Aurora crew to keep the UNF at bay and shield her from their nemesis, Sharley, who wants her now more than anything. As events unfold, Carrie comes face to face with the truth of her father’s past, while Harris is forced to confront the truth of his ancestor’s. The revelations leave them reeling in shock, but not as much as when the explosive truth behind UNFASP is finally revealed.

Harris and Carrie struggle with the difficult decisions they have to make, while the Aurora team endures their toughest challenge yet. Once again they come face to face with their enemies in a showdown that will rock them to their very core and change them all forever.

For the Aurora team, Centralis, is the beginning, and end, of everything …