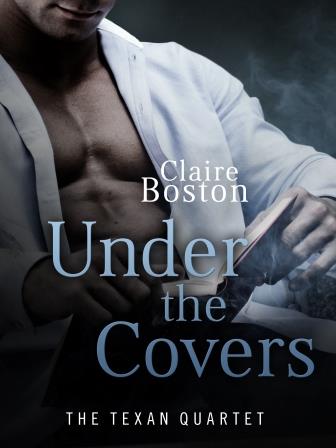 I have my cover for Book 3 of The Texan Quartet – Under the Covers! I love it so much. Who can resist a sexy man reading a book? Not me!

A few of you have been asking for George Jones’ story, well this is it. Only a couple more months to wait.

Under the Covers will be released 13th August 2015 and I’ll add the pre-order links to my website as soon as I have them.

What if the one time you didn’t want love was when you truly needed it?

George has always been a sucker for a damsel in distress, and Elle ticks all the boxes. But Elle’s not interested in being rescued by anyone, especially not him. She knows her taste in men can’t be trusted, but fighting George’s charisma is harder than she expected. And George, who is not one to ignore an itch, has found there’s something about Elle that’s got under his skin.

When Elle’s ex turns up to cause trouble, George must overcome his boyish flirtatiousness if he’s to convince Elle to trust herself and let him into her life. But can Elle put her past behind her before it overwhelms her present?