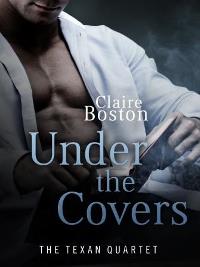 It’s just over three weeks until Under the Covers is released, so I thought I’d talk a little bit about the research I did for this book. There wasn’t a whole lot I needed to do – just a couple of legal points I had to check. Without giving too much away (I don’t want to have any spoilers!), I had to know more about child custody laws in Texas and a little bit about police procedure.

One of the hardest things about setting a story in a country you’ve never been to, is getting the facts straight. Sure I’ve watched hundreds of hours of American movies and television series, but isn’t the same as being there. So first I hit the internet.

When it comes to matters of law, there really are some great resources out there, particular from the government. I delved deeply into the issues associated with the custody of children (which I learnt is now called conservatorship!) and the rights of not only the parents but also the child. There were some fantastic how to guides, complete with the forms you need to fill out and the process that has to be followed. I also read a number of forums to learn about people’s personal experiences. By the time I was finished, I was fairly confident I could write the scene accurately.

I then wanted to check police procedure for a small scene. I couldn’t find the detail I needed anywhere and wasn’t sure what to do. Then I found the Houston Police Department website and discovered a contact email address. I emailed the public relations section and got a responding email to say I should call them on the number supplied. Next time I set a novel overseas I really need to check out the time difference! The working hours in Houston are between 10pm and 6am my time. I’m usually asleep! Anyway I set my alarm early, added some cash to my Skype account and gave them a call. I spoke with a lovely, extremely helpful woman who didn’t seem the least bit concerned about what I was asking and within five minutes I had all the information I needed for the scene.

Finally, I was fortunate enough to find two women who live in Houston who were willing to read the manuscript and highlight any phrases or words I had wrong. It’s amazing how many every day Australian phrases aren’t known in America! Every time I edit I have to examine what I’ve written and check to see whether it’s an American term or an Australian term. It can be tricky, but I think (hope!) I’m getting better at picking them up.

So that’s my research for Under the Covers. If you want to pre-order a copy, check out the book page.