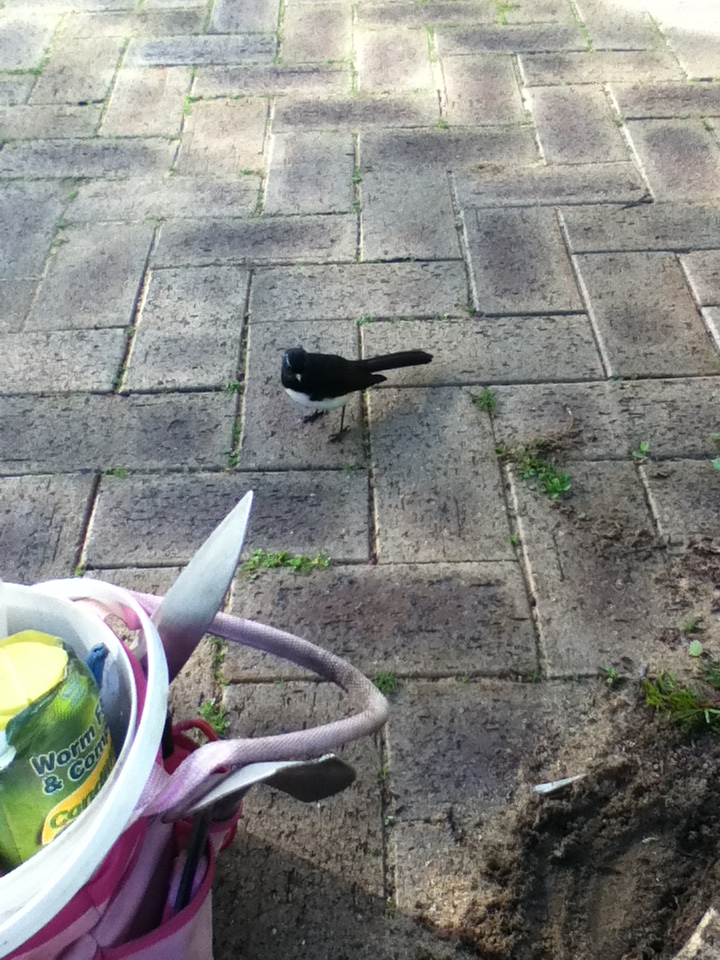 I decided on the weekend it was way past time that I weeded my front garden. It was starting to look like a bit of a jungle, due in part to the failed vegetable patch, but largely because I have been ignoring the ever multiplying patch of greenery that shouldn't be there.

So anyway, I plugged in my iPod with the latest podcast, grabbed my gardening tools and a weeding bucket and started work. I actually don't mind weeding, because it gives my mind a chance to wander and it's generally not hard work. (That doesn't mean to say I like it so much that I'll come and weed your place!)

After a few minutes I noticed a little willy wagtail sitting less than a metre away from me, watching what I was doing. I said hello and continued working. It then began to follow me, pecking at the exposed sand I was leaving in my wake. I must have been exposing some bugs or worms as it continued to follow me.

It was quite lovely to have a companion while I was out there, trying to tame my land. I've got a whole lot more weeding to do this weekend (as well as throwing some mulch down to try and postpone the weeds' return) and I wonder whether I'll see him again.​