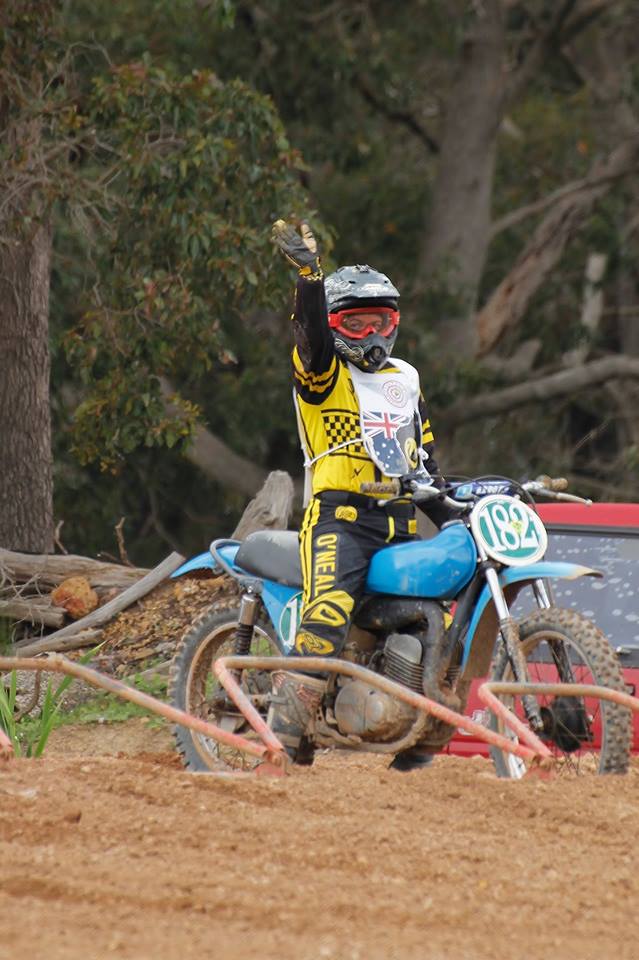 Waving to Mum from the start line.

I have had such a busy weekend which is why this blog post is so late! I was in Busselton competing in the 2015 Australian Classic Motocross Championship. I wasn't actually going to take part in the competition initially because I didn't think I was very good, but a few people convinced me that it didn't matter how good I was, it was just about having fun.

They were right. I had SUCH a good weekend.

It started out pretty wet. We arrived at the track Friday afternoon, just as the rain clouds were getting darker. Sure enough, it started raining as we set up our gazebo and we got drenched standing in line to get our bikes scrutineered (to the non-MX crowd that means officially checked to make sure everything is up to standard). ​

After a hot shower and a good night's sleep I was ready for racing the next day. There were twenty rounds of racing and I was only competing in two of the rounds - the women's and the sidecars.

The track was in excellent condition and while I had only ridden on it once, I soon got into the flow of it. My first race of the weekend was a little frustrating because I fell off in the mud and it took me ages to get started again. Needless to say I came last!​

I then had the sidecar race with my husband. I was a little worried about this because it was a long track and we had to do four laps - I'm used to doing only three and being a passenger on the sidecar is hard work. ​ 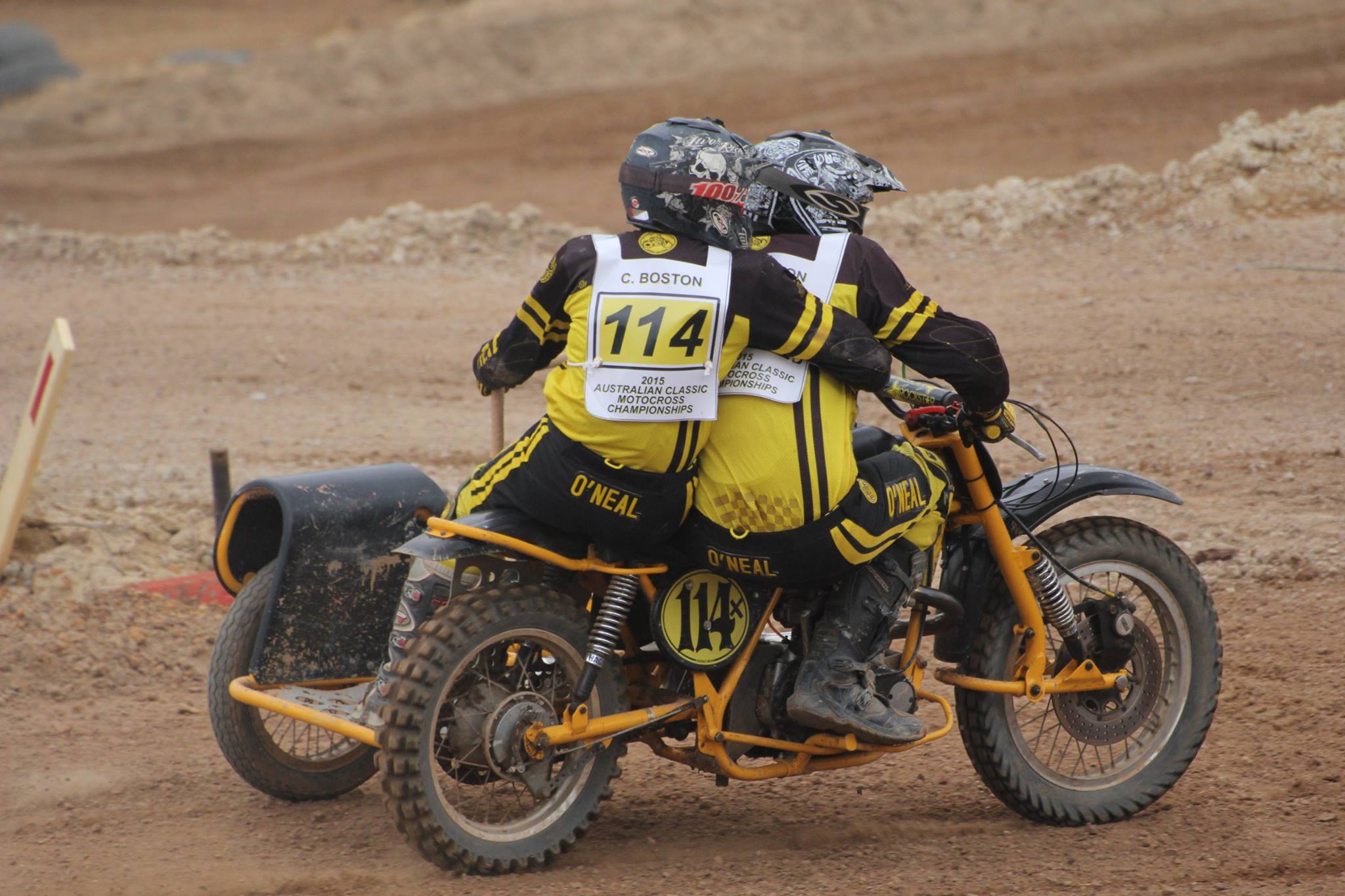 Right hand corners are great because I get to hug my husband!

We did all right in the race and I managed to hold on for the four laps.

The next day the track had dried out and I really got into the groove. In my two solo races I actually passed several people (which has only happened once before!) and came second and third for the women's class.

I have to admit the red racing fever did come over me as I was following a couple of guys and I thought I could catch them. It's quite exhilarating to get so focused that you're only seeing what is on the track in front of you and nothing else. Your mind is calculating the corner ahead, figuring out how to take it; go high on the berm with speed, or maybe go in tight and save distance. It was an amazing high.

The two sidecar races were similarly amazing. As the passenger I don't have to worry about steering, but I do have to focus up ahead and calculate when I need to move in order to get us around the bends. If I'm not in the right position, the sidecar could tip - it's a tricky balancing act.​ By the last race I had a great flow and we actually got a third.

Aside from the racing, the weekend was awesome from a social point of view. There were lots of representatives from our club, but also people from the eastern states. Random people would stop to chat, ask how you were going and encourage you. We had a number of people stop to check out the sidecar and a couple who said they'd raced against it when it was brand new in the 70s! There's something about the vintage motocross that is so wonderfully supportive and I love being part of it. 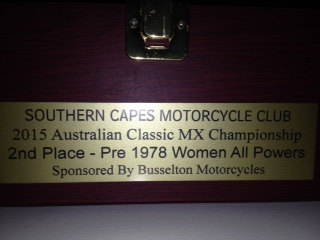 The final highlight of the weekend was the awards ceremony. ​We got to celebrate everyone's achievements and I even ended up getting a trophy myself! I got 3rd place in my solo race. 🙂 A late correction. Apparently there was an issue with the women's scoring and I actually came 2nd!

I'm already looking forward to our next event.