I'm opening my blog for guest posts, so other authors can tell the tales of how they first got published. Today I have Anna Jacobs. Since her first acceptance, she's had over 70 novels published! But it always starts with one. Take it away Anna.

My first book published wasn’t a novel; it was a story book. I was a French teacher then and was given a ghastly 1930s ‘reader’ about a small child to use with teenage boys. Can you imagine how they reacted to ‘The adventures of little Toto’? My life would have been hell if I’d tried to make them work through that.

So I found a Ray Bradbury longish short story, ‘Dark they were and golden-eyed’, part of his Martian Chronicles, and I rewrote that in much simpler French, in episodes that ended on cliff-hangers. I also added little exercises to each section.

I let the students read that with my help on Friday afternoons if they’d worked hard all week. LOL. They didn’t count it ‘work’ and as Bradbury was a master story-teller, they were hanging out for the next episode. They knew I was only one episode ahead of them and they liked that extra effort too.

When the school year ended I decided to put it all together as a book and try to sell it to a publisher. I applied to Ray Bradbury for permission to do this, of course. You can’t use someone else’s material without permission. I sent both letters off at the same time, not expecting any problems.

One day, when I came home from the shops, I found a letter from the publisher accepting the book for publication. I sat down at the foot of the stairs and cried my eyes out for sheer happiness – as you do.

Then a few days later I got a letter from Ray Bradbury, saying he didn’t allow such use of his work. So I cried again, this time from unhappiness. But I wasn’t giving up. I wrote him a pleading letter, telling him it’d be my first publication and assuring him I’d treated it with respect.

He must have understood how important that was, because he wrote back and gave permission. I was to pay him a small amount of money and send him a copy of the book, which filled me with awe. Imagine Ray Bradbury having a book of mine! 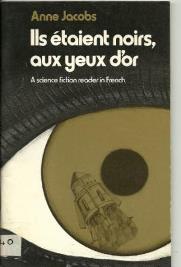 We got some wonderful illustrations for the book and it continued to work well with teenagers – as well as any textbook could, that is! It was quite a bestseller and stayed in print for over 20 years, going into reprints.

What I didn’t realise then was that I’d learned a great deal from pulling the original story by such a great writer to pieces and recrafting it into episodes. I’ve always been grateful to Ray Bradbury for those lessons.

I still occasionally cuddle my copy of the book signed by him. It was a milestone in my life.