I have just spent the whole of December in Ecuador. It was an amazing experience, one which I will remember for a long time to come. Over the next month or so I want to share some of those experiences with you and a few of the lessons I've learnt. The first lesson deals with long haul flying.

You might noticed that Ecuador is almost halfway around the world from where I live in Western Australia. That's a really​ long way! When we were choosing our flights, we looked at flying both east, across Australia, and west, across Africa. When it came down to it, going west was close to a thousand dollars per person cheaper so it won. We flew Qatar Airways and I have to say I was impressed. The staff were lovely, the inflight entertainment was excellent, the food was pretty good and they gave us socks, ear plugs, eye mask and toothbrush/toothpaste to make the flight more enjoyable. This was our flight path: 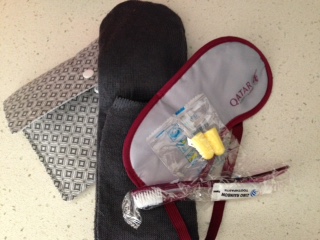 So thirty-one hours flying time - that's not including the stopover times.

Our travel agent suggested we stay a night in Miami to break up the trip and get some rest. We agreed, but here's where we made our first mistake. We should have organised the stopover for a few nights. That way we could have seen something of Miami and really rested enough so we were ready for our volunteer work which started the day after we arrived in Ecuador.

Instead Miami was something of a nightmare. The airport was horrendous. It took us three hours to clear customs: we had our fingerprints taken twice, our photos taken twice, the lines wound snake-like through the baggage claim area and then we had to get the bags checked through customs again. By this time we'd been travelling for over twenty-four hours and had got very little sleep on the plane. We just wanted to get to our hotel.

​That was another adventure. The driver decided he didn't really need to look at the road to see where he was going and that ticking off something on his clipboard was more important! When we finally arrived at the hotel (thankfully in one piece), we were told the hotel had double booked us and they were moving us down the road. They wanted to know whether we had a car to drive there. I had to insist they pay for a taxi to take us there, which they did, though the taxi driver tried to tell us the hotel hadn't given him enough money. By that time I'd had enough and told him he'd have to go back to the hotel if he wanted any more money. Luckily he didn't push, or drive off with our bags.

The new hotel was a lovely art deco styled place and the guy behind the desk was so lovely, particularly when I burst into tears. I think the fatigue had caught up with me. 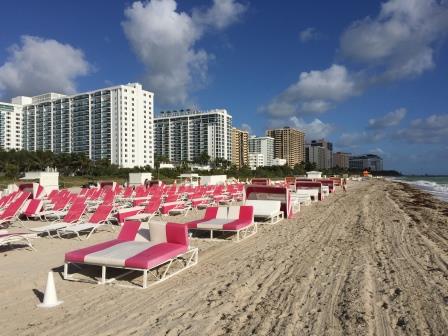 The next morning we wandered out to Miami Beach and had breakfast. I was surprised by the amount of Spanish I heard and by how image conscious everyone seemed to be. There were beautiful people everywhere, most of them with plastic additions. You could tell the tourists by the daggy clothing!

I would have liked a few days to explore further but we were due at the airport mid afternoon. ​After another hair-raising taxi ride, we managed to arrive at the airport safely and get our flight to Quito.

At the Quito airport we had a three hour wait until the group flight arrived and I faded fast. The lack of sleep caught up with me and I was relieved when we got on the bus and started the four hour trip to Misahualli which was to be our base for almost two weeks.

Our journey home was much smoother although we had no overnight stop. We ​did have eight hours in Doha airport. Luckily there's a hotel in the airport and we booked a room for seven hours. We had two showers, and six hours sleep which did wonders for making the final ten hour flight bearable.

So what would I do differently the next time I do a long haul flight?

If you've got any suggestions for making long flights enjoyable, please leave them in the comments below.