The first part of our Ecuador adventure was volunteering with Volunteer Eco Students Abroad, and we were based in the small village of Misahualli which is at the junction of the Misahualli River and the Napo River in the Amazon.

We arrived about six in the morning after a four hour bus ride from Quito. We were taken to our hostel, Hostel Shaw and told to find a bed. The rooms all had between four and eight beds in it and were split between males and females. They had forgotten my husband and I were coming, but quickly arranged a private room for us which was nice. We were expecting to just bunk in with all the others. 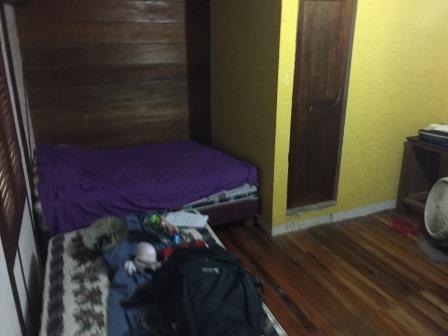 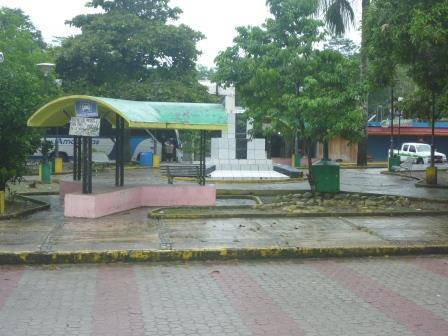 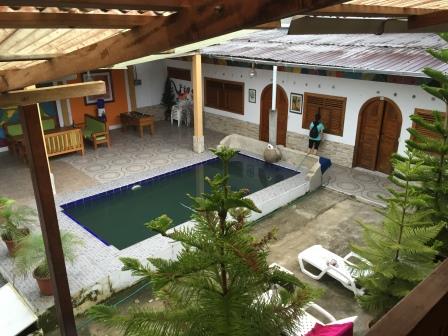 The first surprise came when I realised there was no hot water - anywhere! Now I knew the hostel was going to be basic, but it hadn't occurred to me that hot water was optional. Luckily it didn't take too long to get used to it, and given the humidity, and how filthy we were by the end of the workday, the cold showers were actually a relief in the end.

The village was quite small. There were a few shops selling groceries, a couple of bars, a discotheque and a few souvenir shops. Misahualli is where a lot of tours ​of the Amazon start and so there were also a few tour places. The school was next to our hostel and the kids would look out the window and wave at us as we walked by. The only place for wi-fi was Diego's bar, just down the street from the restaurant we ate at.  It also had the best burgers I have ever had  and some fantastic drinks.

Misahualli is bordered on two sides by rivers and I was surprised at how high the rivers rose after a few days of rain. We went from walking a hundred metres across a beach to get to the boats, to going down the steps at the harbour. The rivers must have risen at least two metres overnight, but by the next day they were back to normal.

Misahualli was a lovely place to stay. I always felt safe, no matter what time of night I was out, and it was a great place to start our adventure.