The main reason we headed for the Galapagos Islands was of course the animals. Let's say we weren't disappointed! Before we left the airport we encountered the huge grasshoppers of the island and at the ferry docks there was a sea lion lounging under the seats. 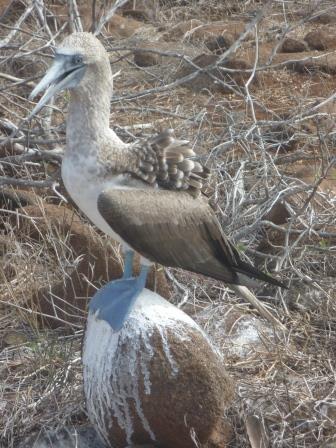 One of the first islands we went to was home to blue-footed boobies and the frigate bird. They were everywhere and not the least bit worried about all the paparazzi around. I was less than a metre away from the blue-footed booby in the photo and it wasn't fussed.

We also saw so many sea lions; lounging on the rocks, swimming in the water, giving birth. Yes, we came across a sea lion having labor pains and with an extra set of flippers sticking out where there really shouldn't have been ones! We kept a distance from her so as not to distress her further, and watched as a baby sea lion was born. It was pretty special.

There were hundreds of iguanas, both land and marine and it was fascinating to watch the marine ones swimming.​ 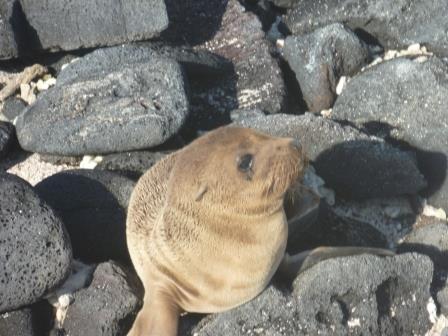 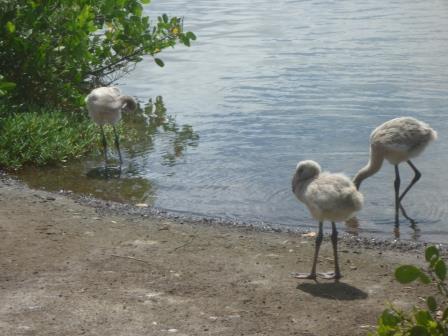 Every day we had two trips to various islands and one or two snorkelling adventures so we were busy all of the time. I enjoyed visiting Post Office Bay where sailors used to leave mail. Ships which were heading back to Europe would stop by the bay, pick up the mail for the country they were going to and that's how the sailors could communicate with home. People still leave letters there, and you can go through them and see if there are any you can deliver when you get home. I love this idea! 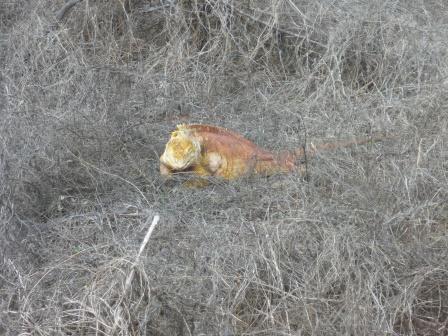 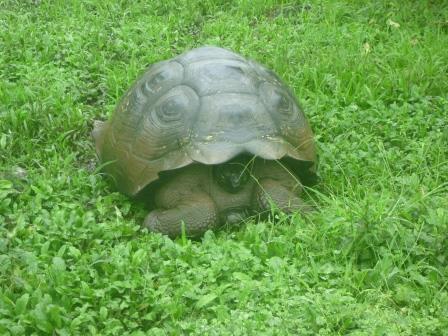 There is definitely an abundance of wildlife on the Galapagos and the plants weren't too shabby either. I was fascinated by the cacti shapes and by colour of the grass and trees. The picture of the land iguana above looks like it's been photoshopped to highlight the animal, but it hasn't been. The grass was grey, making the iguana much easier to spot.

But my absolute favourite part of the Galapagos was the underwater world which I'll write about on Wednesday.