It's only eight days until the release of Break the Rules and it's seriously creeped up on me. Only two months ago I was celebrating the launch of Into the Fire and now I need to focus on another book. I really don't feel like I'm prepared.

I do have a New Release checklist that I work through, but I've left it too late for some of the tasks.​ I spent a day requesting reviews from romance bloggers and got about a 25% hit rate which isn't too bad. It's nice that some of them have already read the book and posted their reviews so my book won't look so unloved when it first comes out!

I have updated my website, but have run into a glitch with one of my images which I still need to fix. Sometimes software drives me mad! I've also updated GoodReads, Amazon and have just realised while writing this that I need to update my Facebook and Twitter headers *makes a note on to-do list*. ​ 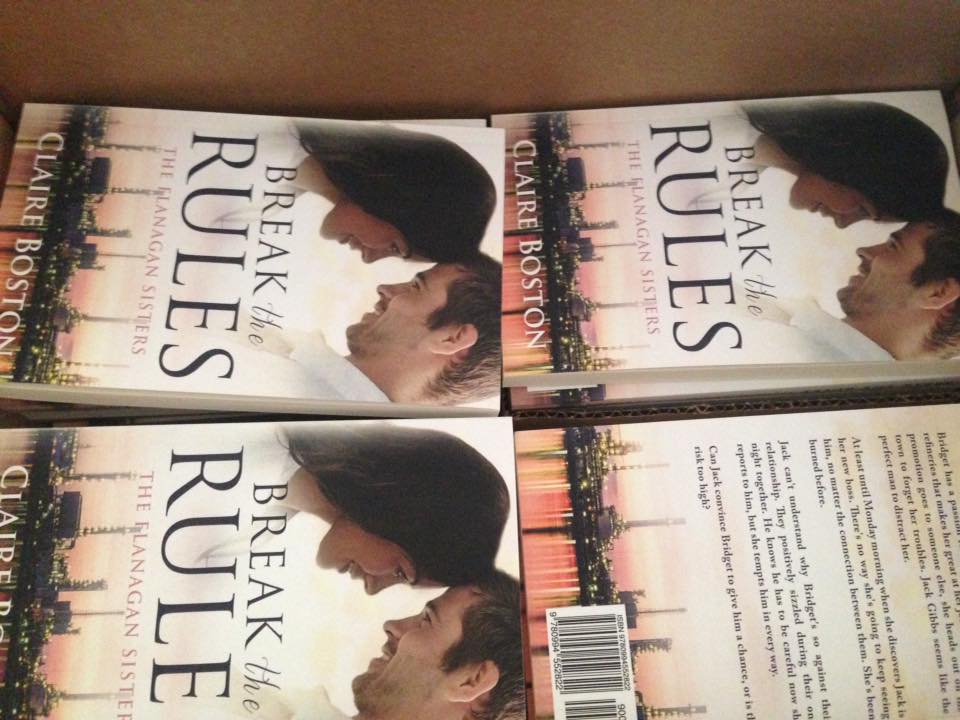 I ordered my copies of Break the Rules to sell at the book launch and they arrived today which is very exciting. They look fantastic and I'm so pleased with the quality.​

Speaking of book launches, all the details of the launch are under my Events page.​ It's Friday 6 May at the Rockingham Arts Centre and I'd love to see you there.

That of course means I have to organise the launch itself. I've ordered promotional goodies and have just arranged for a banner design so I have something to display.

Oh, I've advertised in a few different newsletters. It will be interesting to see how it goes and whether it works. I've also written a press release which I've yet to send out. *adds another item to to-do list*

All in all I thought I'd done very little to prepare for the release, but now that I've written it down, I can see that I've actually done quite a lot!

All of this is an attempt to let people know my book is out there. I'd love to know how you find a new book, or a new author. Perhaps there's something I haven't tried yet, that I need to know about!