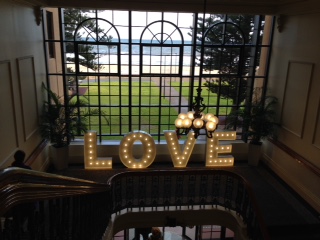 What a weekend! I arrived back from the 25th Romance Writers of Australia conference yesterday afternoon absolutely exhausted. It's several days of learning and socialising and a whole lot of fun. The highlight in terms of learning was the Michael Hague workshop. He broke story down into really simple terms and used some great examples from well known movies. The part which resonated most with me was that characters start a story in their identity - who they pretend to be - and grow to become their essence - who they really are.

I finished the first draft of book 4 of the Flanagan Sisters - Place to Belong - on the flight to Adelaide, but after listening to Michael Hague I think I might need to add a short scene at the very beginning.

The rest of the weekend was spent catching up with friends and meeting new ones. I chatted with a whole heap of Momentum friends including Tania Joyce, Belinda Williams, Amanda Pillar and Adina West.

As I wasn't attending the core conference, I hung out in the bar and did some editing, but so many people stopped by to say hi which was fabulous.​ 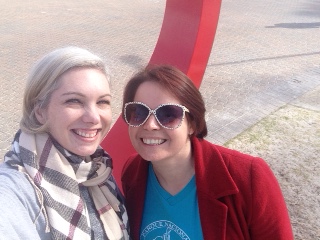 The RWA AGM was held on Sunday and I am now officially secretary for RWA. On Monday the committee held their strategic planning meeting and I got to meet the rest of the committee members, including our VP and web mistress Lana Pecherczyk who I posed with in the photo opposite. The committee consists of an enthusiastic group of women and I'm really excited to see what we can do with RWA in the next twelve months.

Aside from secretary, I've also taken over the contests portfolio which will be interesting. The contest season kicks off in a couple of weeks, so I have a bit of work to do before then.

All in all, the weekend really was both energising and exhausting and I can't wait for next year which will be in Brisbane.​