I officially launched Blaze a Trail on Saturday at the Rockingham Writers Centre Book Fair. We had a great turn out and it was a fun afternoon. 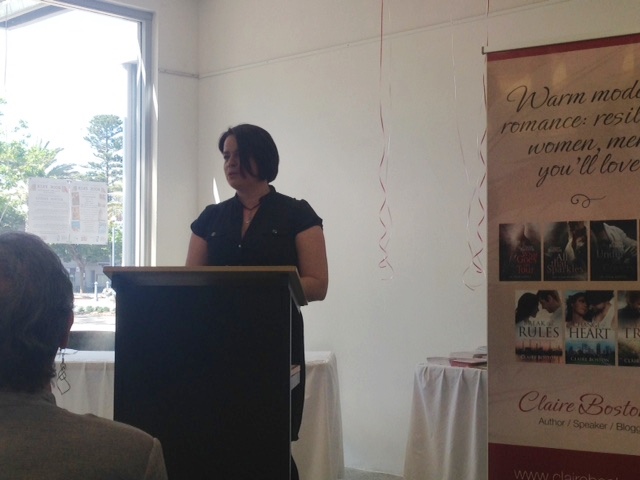 Karen from Serenity Press was our MC for the afternoon and she introduced all of the speakers.

I was up first and I chatted about how I got the idea for Blaze a Trail. It actually took me a little bit of time and a bit of research before I read about the number of unaccompanied child migrants fleeing Central America. I knew that the Flanagans would want to support them and so Casa Flanagan was born. From there it was obvious to me that Zita would work for the charity.

Next Demelza Carlton launched her new book Maid for the South Pole.​ She regaled us with stories of penguins and a men's synchronised swimming team in Antarctica - definitely sounds intriguing!

Finally Teena Raffa launched her new novella, Risking Mr Wrong. ​I liked her description of the story - a real opposites attract romance that sounds like it's worth a read.

After the official launch we had afternoon tea, including some treats from El Salvador that I had made. ​We all signed copies of our books and then sat on a panel chatting about romance and answering questions from the audience. It was a great afternoon.