I have done a little bit of ceramic work over the years. OK, let me be honest, I did a night TAFE course for one semester during high school and that's about it. But I do like working with clay.​ 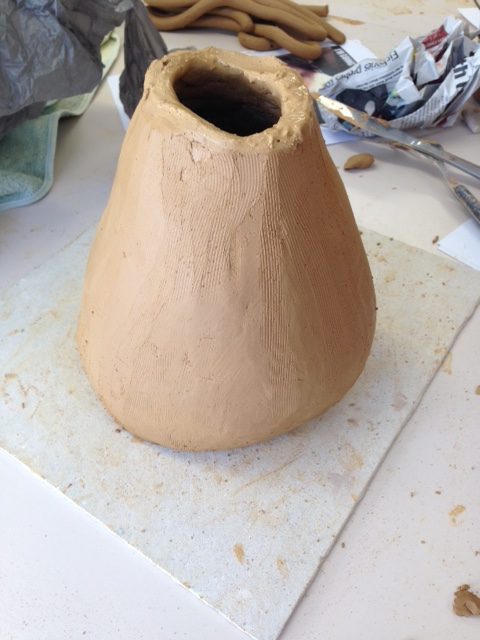 It started out fairly easily. We had to make the shape of the body, using the coil technique which is basically just adding layers of coiled clay and smoothing it all together.

Then we had to make the head which was a little trickier. We had to shape the head out of clay, then cut it in half, hollow out the sections and reattach them.

​So far so good. I had a vague shape that I had to add detail to. My plan for my gargoyle was to be a bulldog with wings, so I add jowls and a nose and legs and that's basically all I got time to do on day one. It was starting to take shape. 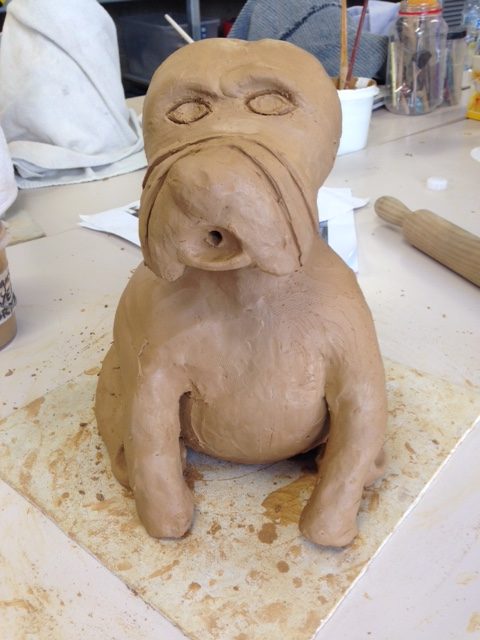 ​Then on the next day I had to get into the detail. I'll tell you that I struggled the most with the eyes, and deciding what kind of decoration to put on the wings. I was worried that I would add too much and just ruin the whole look of my gargoyle.

I added claws to the back paws, and added paws to the front legs and then worked on the ears. Finally I added a tail and wings. It took me ages to get the size of the wings right and then I had to decide on the style of them. There was so much to choose from but I kept it simple. I knew I didn't have quite the skill to pull off the image in my head.

Still, I'm quite happy with the end result (below). There's definitely a bulldog-esque quality to my gargoyle. It will take a couple of weeks for the clay to dry enough to be fired, and then I'll be able to pick up the final results. It's not bad for a beginner. Now I just need to decide where I'm going to put the finished statue! 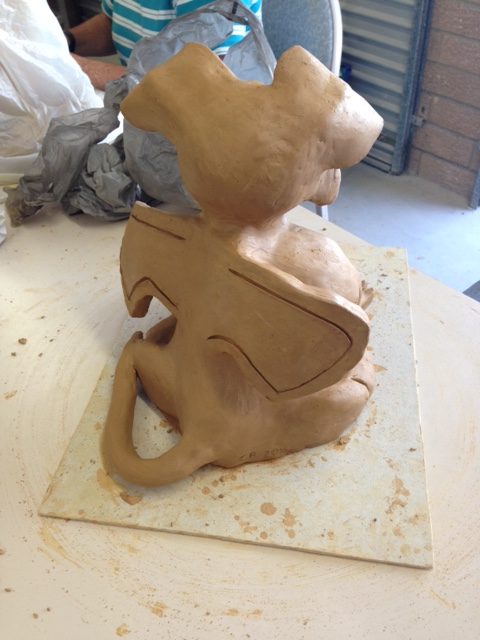 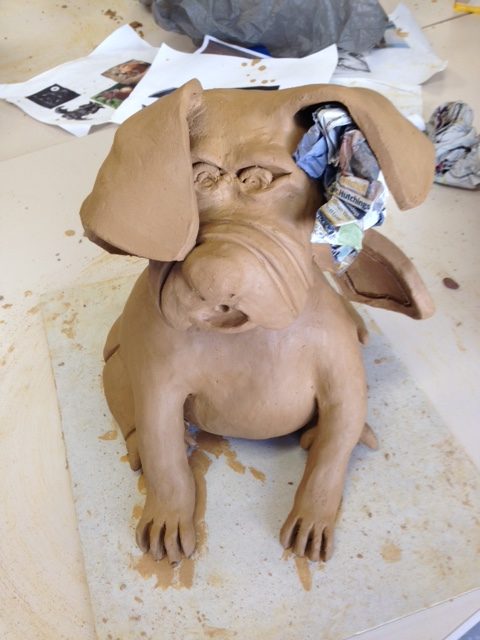