I first read Anne of Green Gables in primary school and I remembered being enamoured with her, loving her imagination and her zest for life. Then a few years back, when I bought my first Kobo, it was loaded with classic books, including the wonderful Anne of Green Gables. I was curious to see if my memory was accurate about how wonderful the story was, so I sat down to read… and loved it again. So really it was no surprise that when I saw that Netflix had the series Anne with an E, it was immediately added to My List. 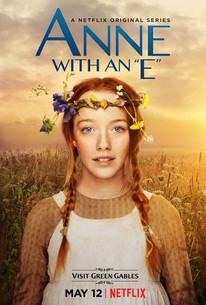 Anne is one of those characters that I can’t help but absolutely adore. She’s tough, imaginative, and always hoping for the very best. She gets into the types of mishaps that had me groaning for her bad luck as a child, and feeling for her as an adult.
The new adaption had me thoroughly bewitched by her in the first episode and I watched the whole series over the space of about three days. I laughed and I cried, and I had all the feels.

Matthew Cuthbert was played to absolute perfection by RH Thomson and I adored the way he treated Anne. Similarly Marilla Cuthbert was superbly played by Geraldine James. The way the two of them worked out how to deal with Anne was just beautiful.

I’ve read some reviews that complained about this new grittier version, which does go through what Anne had to deal with at previous families, but I think it just adds to the realism of the story. I didn’t mind the differences between the TV series and the book, because my memories of the book are mostly about Anne’s character which is similarly clear and wonderful in the TV series.

It ends with the suggestion that there will be more series to come, and I really hope that’s the case. Anne Shirley Cuthbert is a wonderful character who is still relevant more than a hundred years after she was first written.