As you know, my brand new romantic suspense novel, Nothing to Fear is being released next Saturday. As a special thank you for following my blog, I wanted to let you know that it’s going to be at a deeply discounted 75% off during the pre-order period and release week. That’s only 99 cents! Many think I’m crazy for doing this, but I wanted you to be able to share in my excitement about the launch. 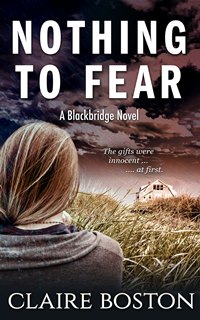 The gifts are innocent… at first.

After a traumatic assault, Hannah Novak returns to her home-town hoping for a fresh start. However, when strange gifts turn up on her doorstep, and a stalker fixates on her, she discovers that Blackbridge isn’t the safe haven it once was. With no family left to turn to, she’s forced to seek help from the brooding new cop in town.

Ryan Kilpatrick has travelled across the country to create a stable home for his young son, but being a police officer makes that hard. He doesn’t need Hannah’s problems added to his own, yet her courage and vulnerability awakens the protector in him.

With time running out, can Hannah learn to trust again before it’s too late?

Because this time, there are no second chances.