This is kind of a difficult post for me to write. I was so looking forward to swimming with humpback whales even though I knew it was a hit or miss situation. With whale sharks, they basically swim in a straight line and you can follow along with them. Humpbacks (or humpies as they're called up here) tend to decide whether they want to be near you and there are more conditions on finding a decent pod to swim with. First it can't have too young a calf with it (because mum is pretty protective), then they can't be breaching the water (else you might get crushed) and finally it shouldn't be too deep in case the whales dive under you and came up too soon.

As I mentioned in my last post, we weren't able to go with our originally booked tour group Ocean Eco Adventures. They search for whales inside the gulf which is where the humpbacks hang out while they're in Exmouth. The company we ended up going with, Ningaloo Discovery, leave from Tantabiddi Boat Ramp which is on the Indian Ocean side of the peninsula. We were also on board the catamaran, and while I love these types of boats normally, for a tour like this, they're not that great because there's not a lot of space to put on your goggles and flippers, and it's all a bit of a rush to get off and on the boat. I'd recommend a boat with a large marlin board out the back instead.

Our first stop was a quick snorkel in the lagoon. This is so our guides could see our level of swimming ability, and also so we could test out our snorkling equipment. The coral and marine life was incredible, but we stopped only for about 10-15 minutes, which wasn't much time to really enjoy it.

Then it was off on our search for humpies. A spotter plane was in the air searching for interesting marine life and a suitable humpback pod to swim with. We saw some whales breaching from a distance but didn't get close enough to see with any detail. We did see a number of turtles swimming about and a sea snake which was interesting. Finally there was news of a suitable humpback pod. We sped towards it and group 1 which I was in, got ready to jump in.

After we were in the water, we followed out guides instructions, and she was communicating with the plane pilot as to where we should swim and how far away the whales were. The whales turned at the last moment, so while we saw them above the water, we didn't see them underwater. We climbed back into the boat and waited for the next attempt.

About half an hour later, we were given the go ahead again, and jumped into the water. This time the whales were closer. We had to scan the water in each direction and were rewarded when a whale turned its white belly towards us briefly before it disappeared into the blue. That was it. If you weren't looking the right way, you missed it, and one of the people in our group did actually miss it. We climbed back aboard the boat, but the next group (there were three groups on the boat) didn't get a chance to get into the water because the whales had disappeared again. They were apparently zig-zagging all over the place and I got the feeling they were trying to avoid all the boats around them.

The pilot kept searching and discovered a whale shark. It was a little out of season, but we were offered the chance to swim with it which most people agreed to. Again we sped off in the direction of the sighting where another three boats were gathered. On our way there, lunch was served, but because the ocean was a little rough and it was windy, there was no point taking our food out the front of the catamaran (unless we wanted to wear it, which we didn't). Instead I stood leaning against a wall while I ate, dealing with the sway of the boat, at least until someone else had finished and offered me their seat. We eventually arrived at the whale shark and I have to admit, it was pretty cool. It was about 7m long and really close to the surface, swimming leisurely past us. We were able to keep up with it quite easily and swam next to it for a short while. 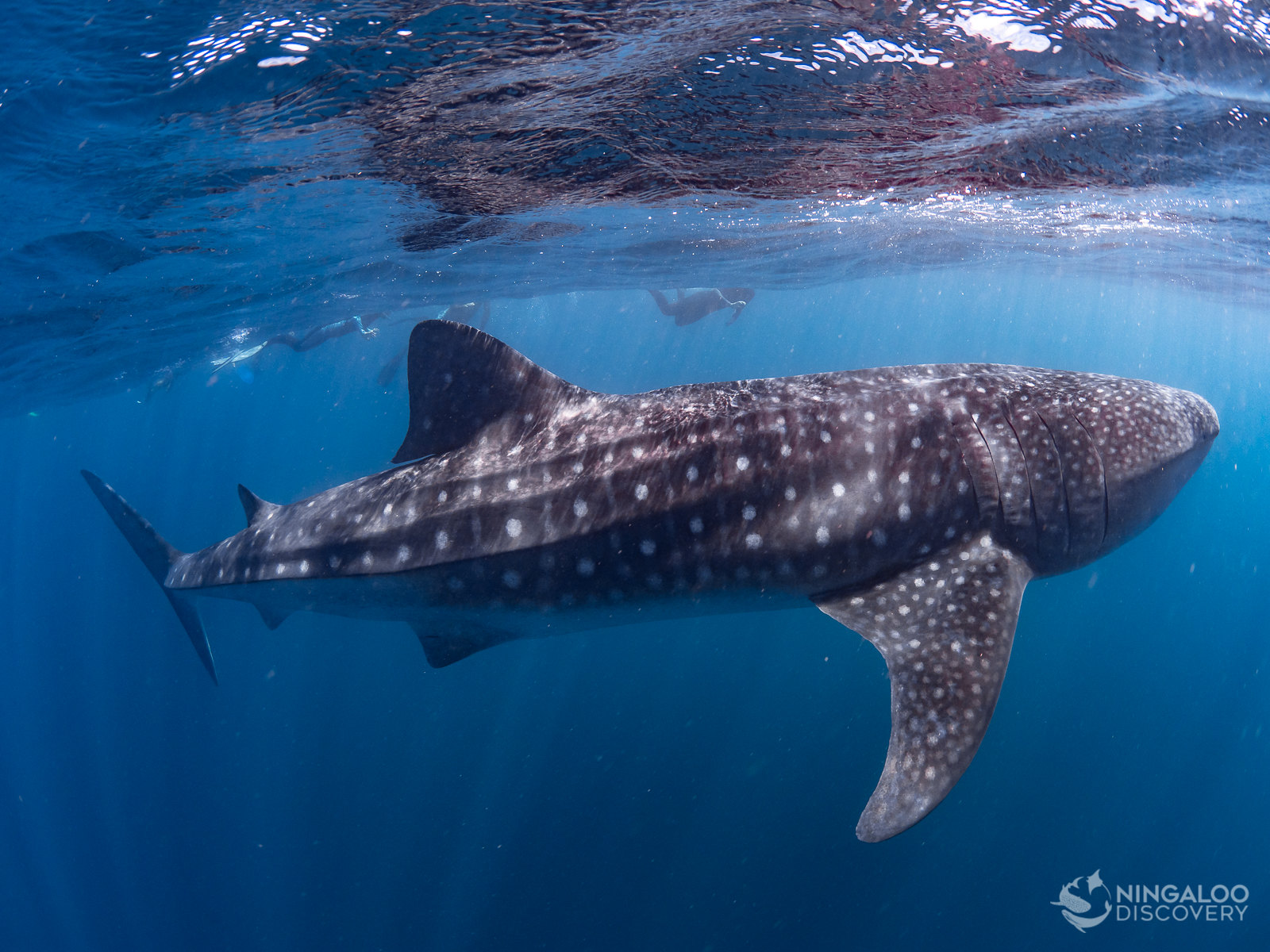 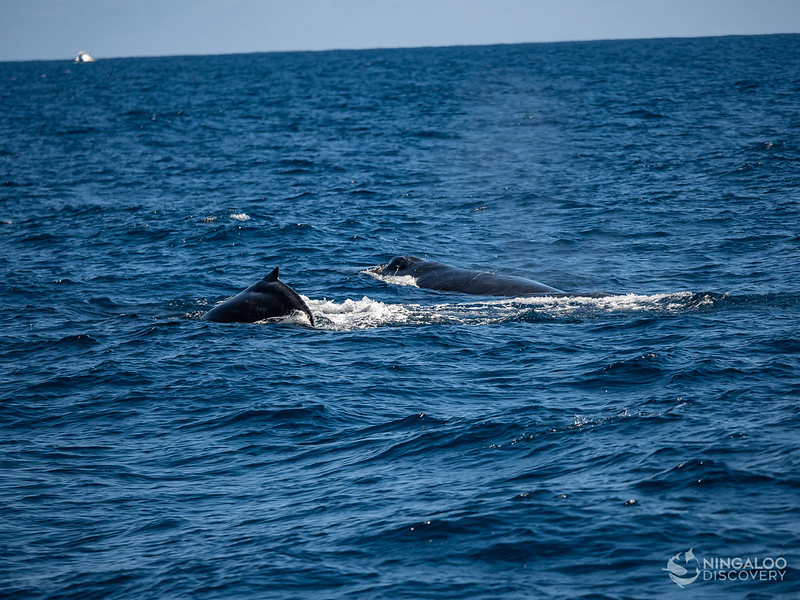 By the time we got back on the boat it was about 2pm and the skipper called it a day. We headed into the lagoon for one last drift snorkel. I saw a black tipped reef shark, a sting ray and a bunch of fish which was nice. Then it was back to the mooring, onto the bus and back to our caravan park.

So would I recommend the humpback swim? That's hard to say. We knew it all depended on the whales so we tried to keep our expectations low, but it was a little difficult not to be excited by the idea. A local told me the gulf is the best place to swim with them because that's their playground. By the time they're heading south in the Indian Ocean, they're on their migration to Antarctica, so are on a mission and not likely just to hang around. So I would probably try it again, but this time with Ocean Eco Adventures who do the tours in the gulf. They also have a fantastic boat set up to get people in and out of the water quickly and easily, and won't go out if they don't think they'll be able to deliver.

Although I love boat trips and snorkling, I can do both cheaper and easier on my own, and if I hadn't swum with whale sharks last year I'd probably be raving about the experience, but for me it was all about the humpback whales and so therefore a little disappointing.