Number of Times we almost lost the drone into the water: 1

We started the day heading down to Gantheaume Point which is where you can see fossilised dinosaur footprints. It was high tide and we knew we had to wait to low tide, but we wanted to scope out the place and see what it was like. I'm not sure I will ever get used to how absolutely beautiful this part of the world is. 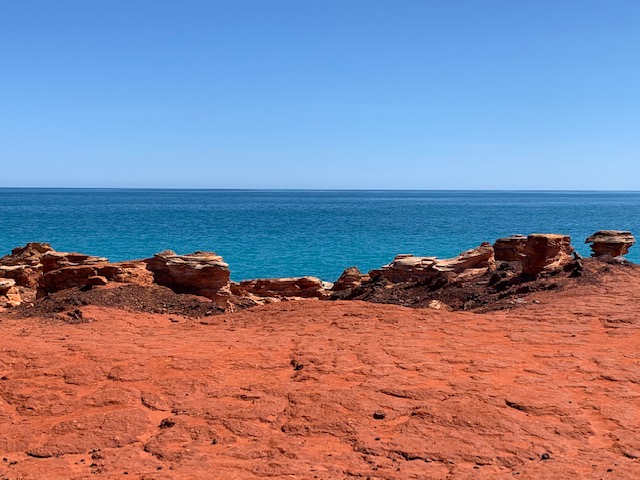 Since we were alone, Luke got out his drone which he's been wanting to test out. He's done a few videos which you can check out on his YouTube channel but this was the first one he was doing over the water. We stood together on one of the rocks you can see in the photo above and he set the drone to circle around us and then return to him. The first part worked well, we stood staring longingly out to sea as we pretended the drone didn't exist and then it finished its spiral and returned. Only it was getting lower and lower and on its current trajectory it was going to end up smashing on the rocks just in front of us. We were already standing close to the edge and the rocks we were on didn't encourage racing down to catch it unless we wanted to end up over the edge into the water, so we watched helplessly as it crashed and bounced ever so close to the edge before coming to a stop. Phew! I climbed down and retrieved it and aside from a few scuff marks its OK.

After that adventure, we travelled along the peninsula to the port and then back into town where we wandered around Chinatown. I added to my collection of postcards by buying some artwork by James Down and also bought some magnets and book marks by him as well. They are vivid bright colours and I love them.

That evening I had a talk at the Broome library. The staff there were so welcoming and they made a beautiful display for me. The whole library is vibrant with beautiful pictures and one of the shelves had a huge dragon lying on top of it that I wanted to take home with me!

We had a good turn out of people and it was lovely to chat and answer questions for the hour. A couple of attendees were writers and I always enjoy hearing where they are on their journey. 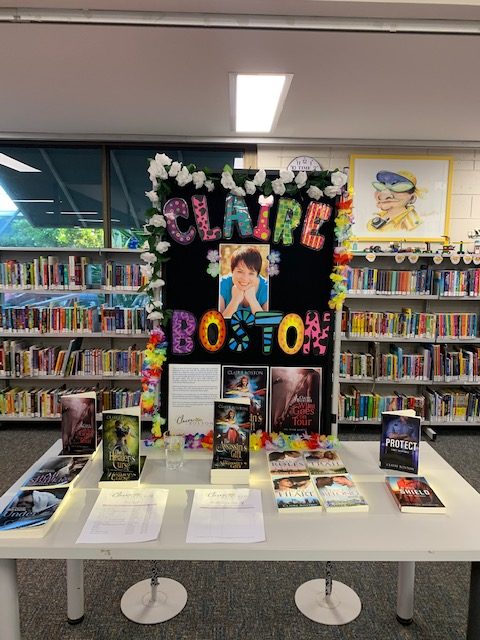 I want to say a big thank you to Broome Library for having me, as it was a lot of fun.