Time Taken: About 10 hours over 2 days

Day 14 started at sunrise because we wanted to check out the dinosaur footprints out at Gantheaume Point. They're only visible at low tide (6.50 am) and we'd been advised to arrive at least half an hour before that. We'd been to the point on our first day and the difference between high and low tide was remarkable. The first picture below is standing on top to the cliff looking down at the ocean, and the second is from the bottom of the cliff looking up. 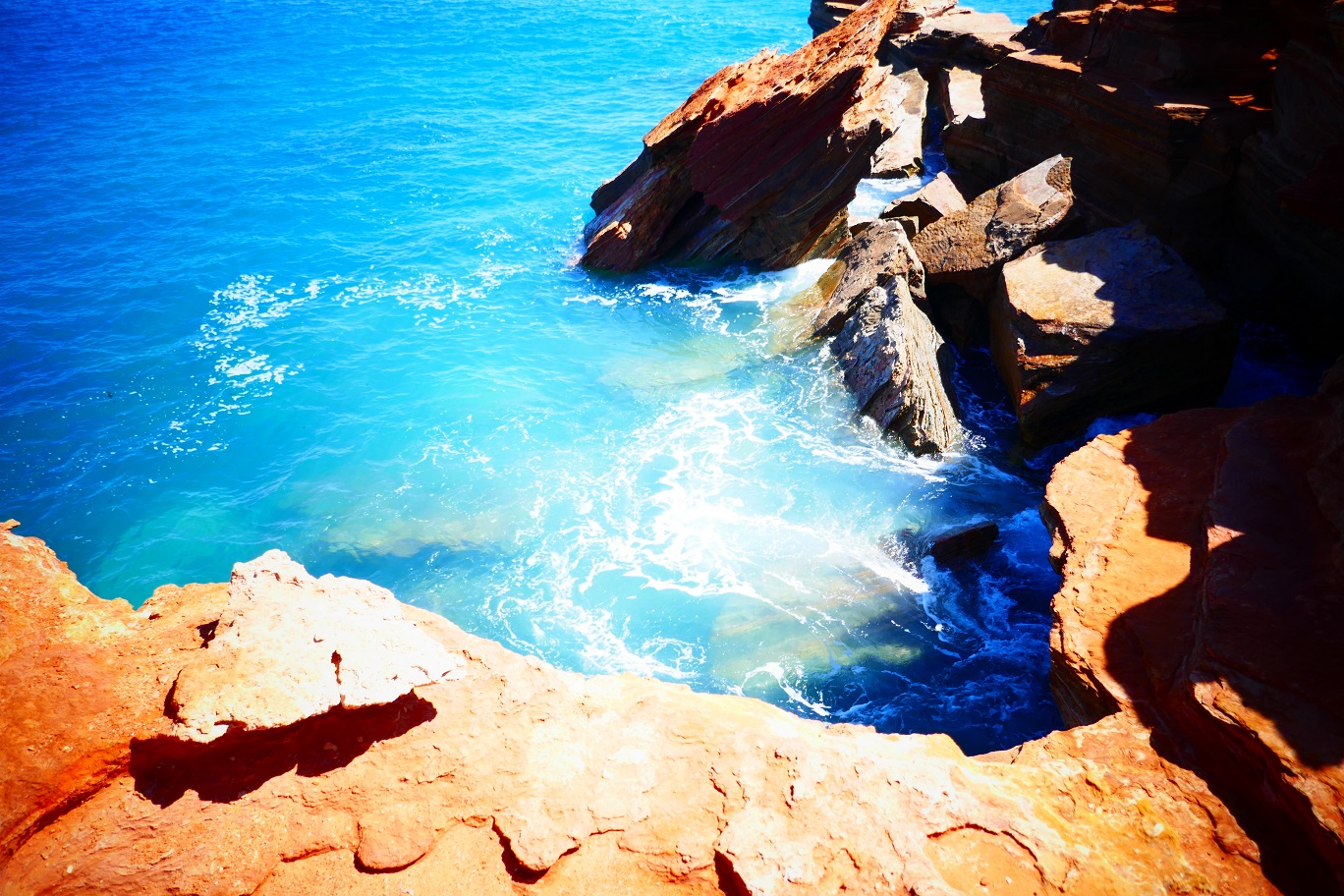 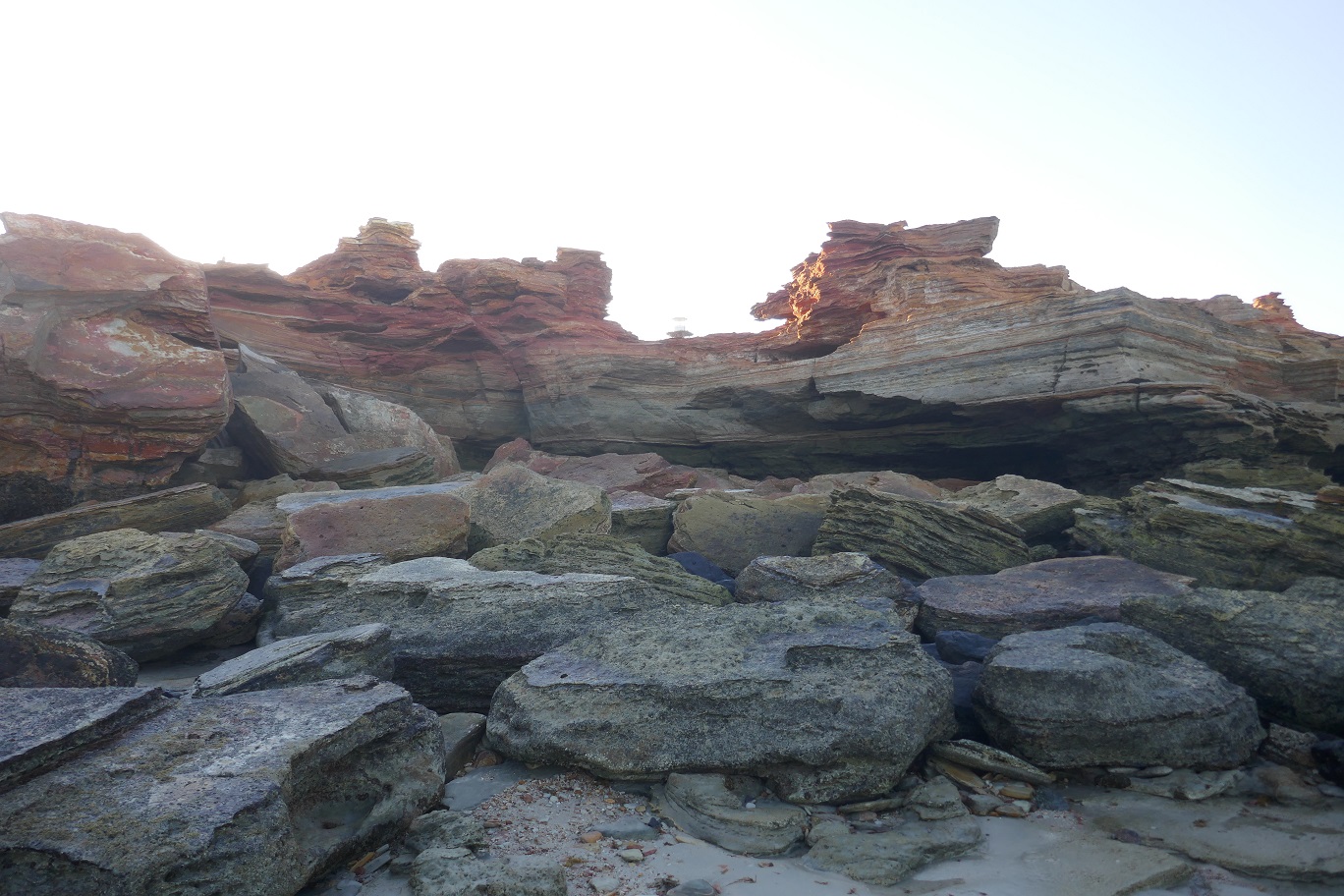 Despite having directions from the tourist bureau, the footprints are hard to find because the lighthouse you're supposed to reference can't be seen from below the rocks. Anyway we eventually stumbled upon the first footprint and noticed others taking photos of the second set, so wandered over there afterwards to take a look. 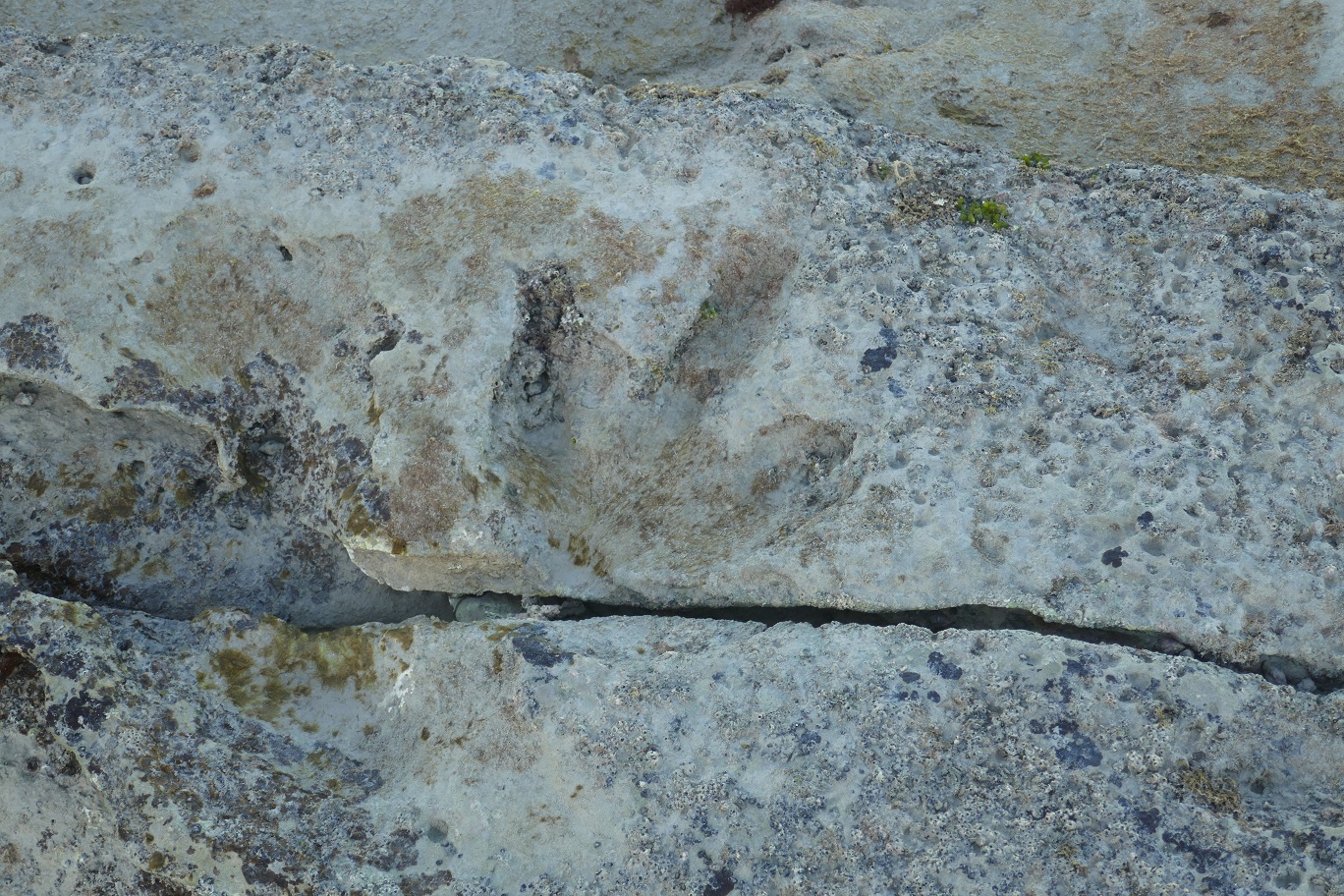 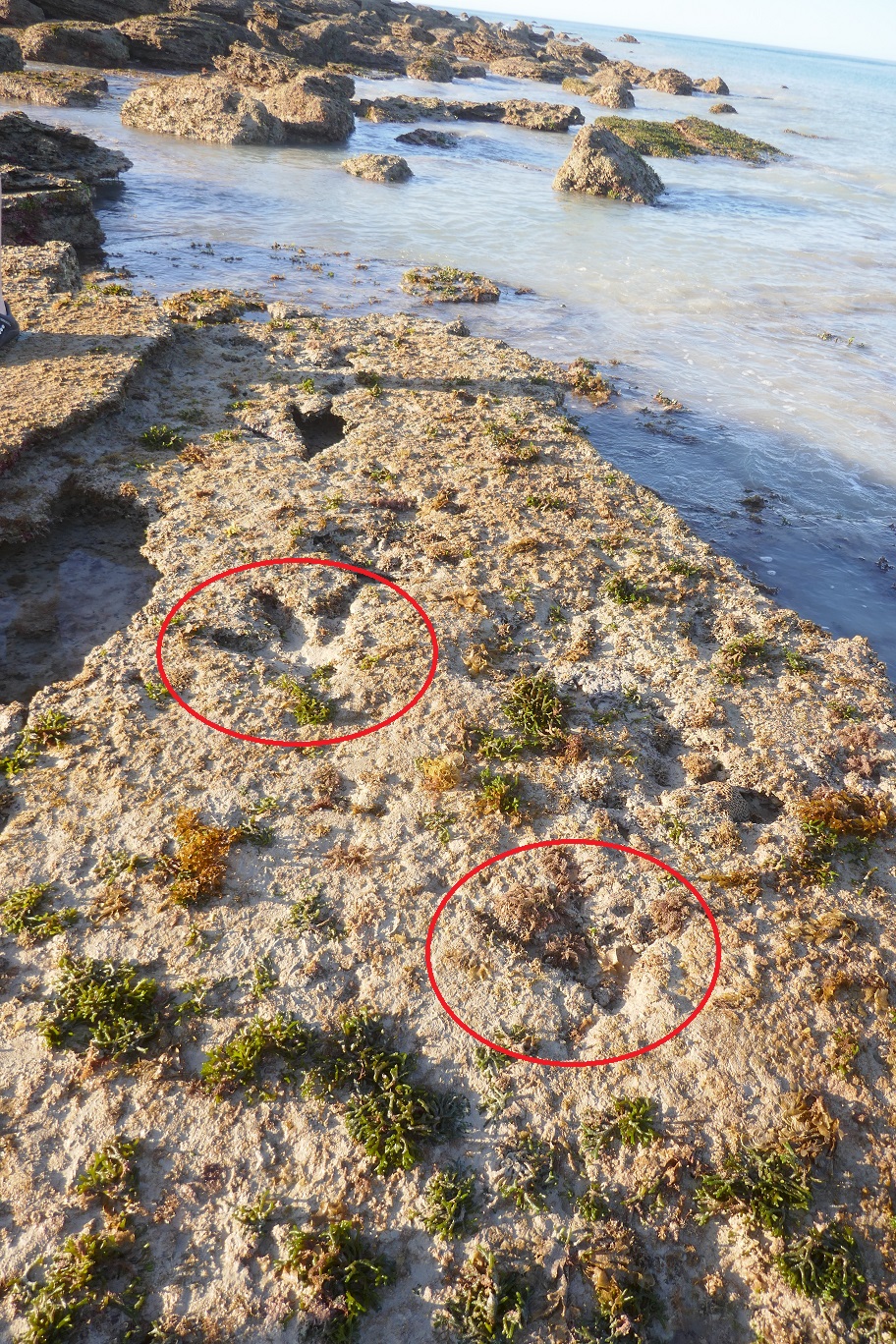 Suitably impressed, we headed back to the caravan park. We were going to stay another night in Broome, but since we'd seen everything we wanted to see, we decided to get onto the road and break what would have been a ten hour drive into two shorter drives.

We arrived back at the lovely Eighty Mile Beach, set up camp and wandered over to the beach. The tide was what we thought was low, so we dipped our toes in the ocean and then went to have dinner. At sunset, we decided to head back to the beach to watch it. That's when we realised the tide was REALLY low. In the space of a couple of hours, the ocean had retreated another couple of hundred metres. Where we stood to take the below photo was where the ocean had been the last time we'd been down. It was now where the thin strip of blue is at the top of the photo. I wanted to walk out to it, but the sun had gone to bed and I knew it wouldn't take long to get dark. Plus it was a really long way! 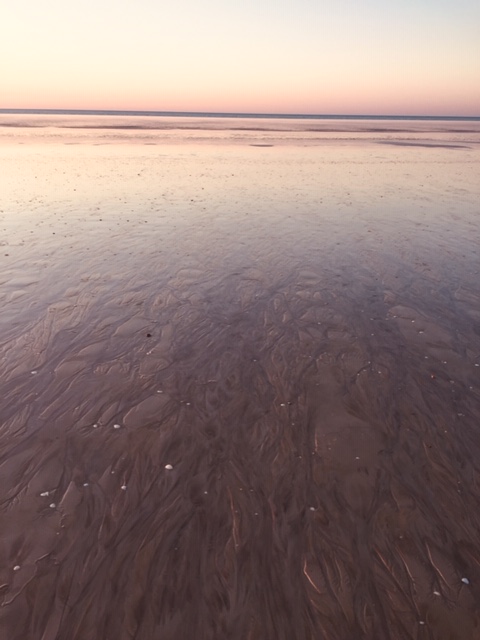 That night, as we wandered back from cleaning our teeth, we realised how many stars we could see in the sky. So we grabbed our towels, torches and cameras, and went over the low sand dune down to the beach and lay down and stared at the cosmos. It was absolutely stunning. There were so many stars that I couldn't make out the Southern Cross or Orion's Belt which are the two constellations I can always pick. Definitely a highlight of the trip.

This morning we were on the road by 8 am, heading for Karratha. I'd heard about the town of Cossack, which was sort of on the way, so we made a slight detour. Cossack was the main port for the region back in the 1860s and was abandoned, but has some beautiful old buildings still standing. I dragged Luke around for about half an hour before we continued on to Karratha where we're staying the night. Tomorrow will be on to Exmouth. 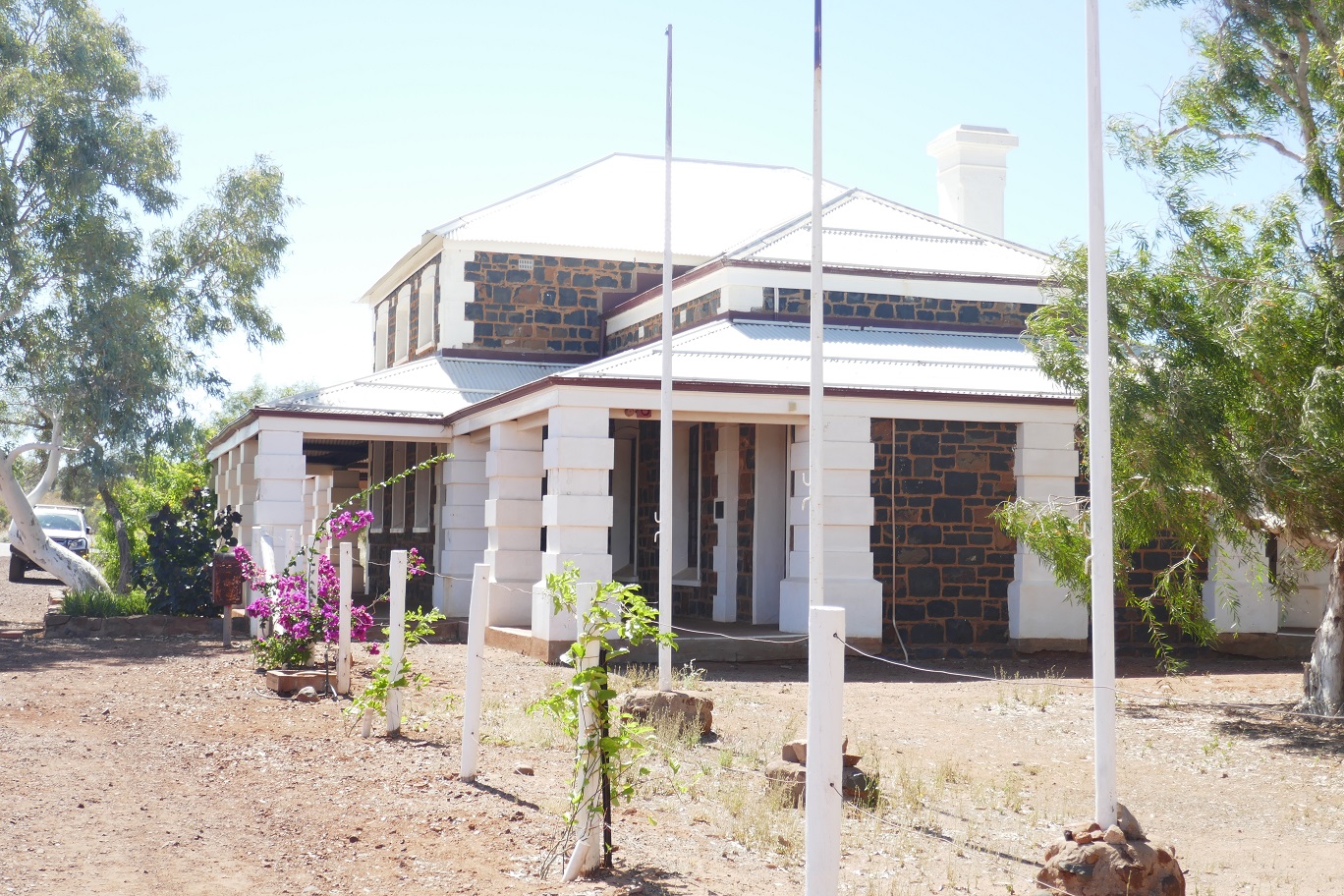 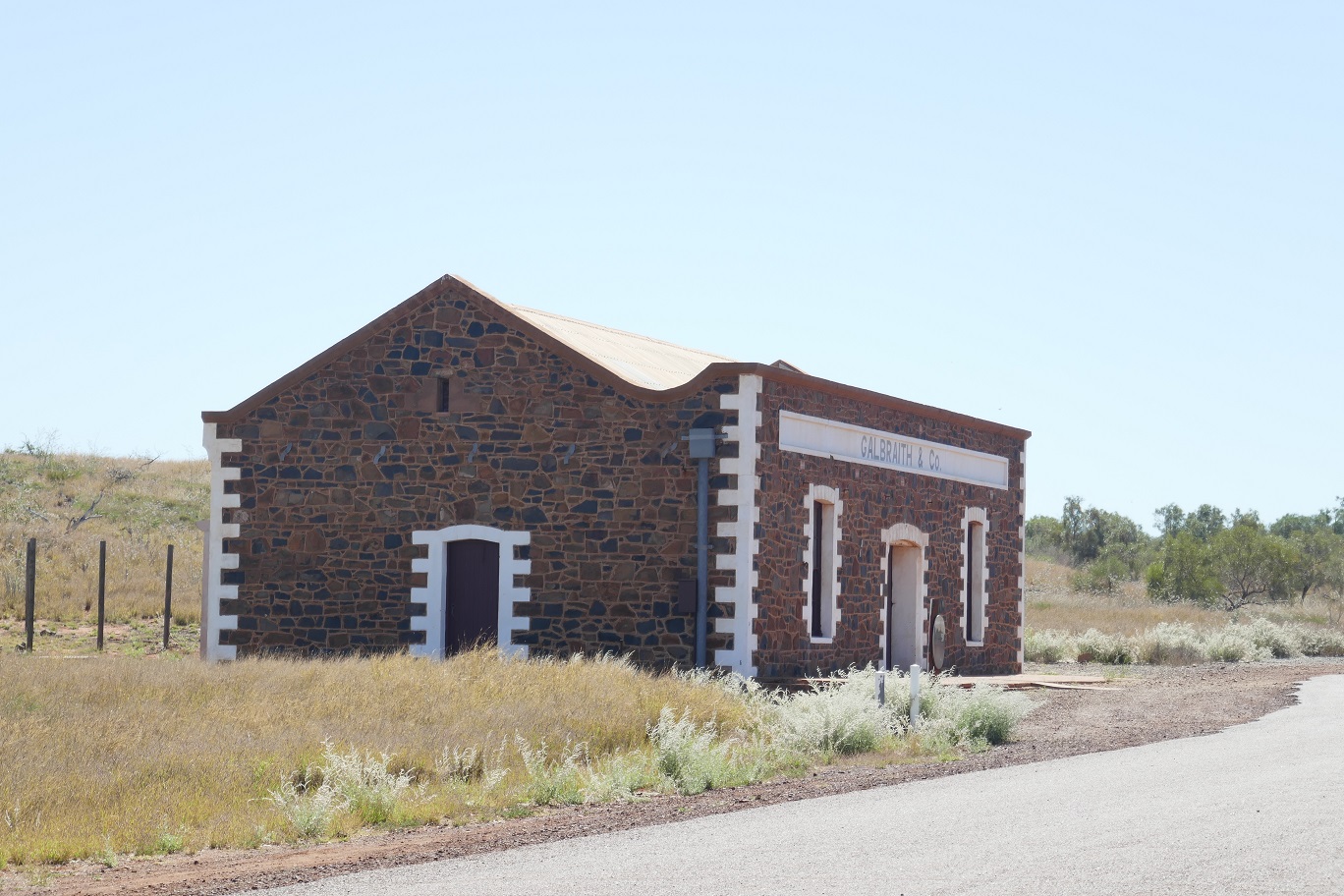