Time Taken: an hour and a half

Just a short jaunt down the road from Carnarvon is Wooramel Riverside Retreat. It's a place we considered stopping last year on our trip to Exmouth, but we needed to get a new tyre in Carnarvon so pressed on. As the name suggests, the campsite is on the side of the Wooramel River. Similarly to Bullara, it's on a station, but it doesn't offer powered sites.

We arrived before midday and got our pick of the remaining sites. We decided to park along the dry river bed and after we'd set out we went for a wander. There's a 5km track along the river, but we decided not to do that as it was getting warm. Instead we had a look at the historical tip and then settled in to read for the afternoon.

That night we joined in the communal dinner which was in a lovely grassed location. A woman played the saxophone to entertain us and it was a relaxing night. 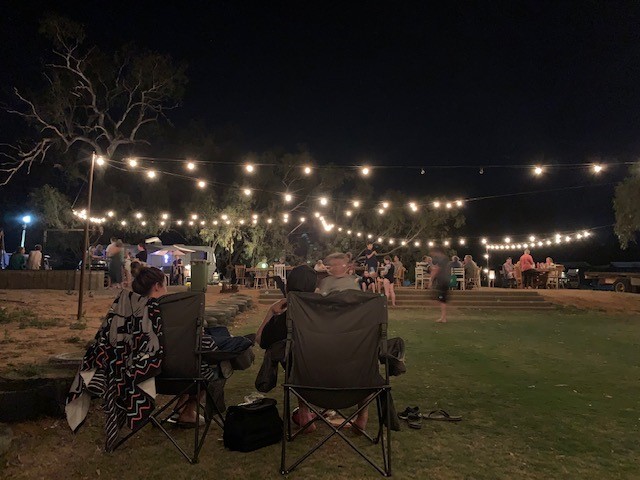 The next morning I got up early to go for a walk in the riverbed. The eucalypts there have been shaped by the water and I wanted to take a few photos. Plus it's not every day you get to walk in a dry riverbed. 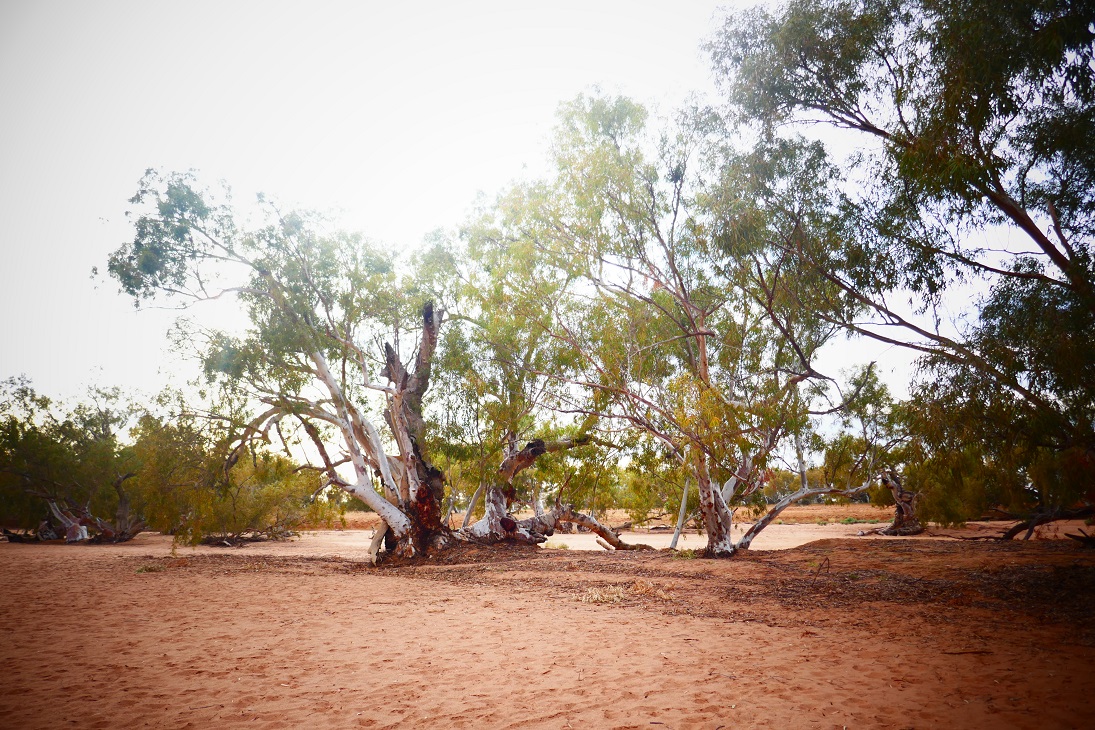 The final thing we wanted to do before leaving Wooramel was to have a dip in the artesian bore hot baths. The water comes from the ground and is about 33 degrees Celsius so it had been too hot the day before to swim, but early in the morning it was beautiful. I really enjoyed our night at Wooramel and would like to go back for an extended stay in the future. It's the perfect place to sit and write in peace. The only thing is I'd need to be in a caravan set up for off-grid camping so I can charge my laptop! 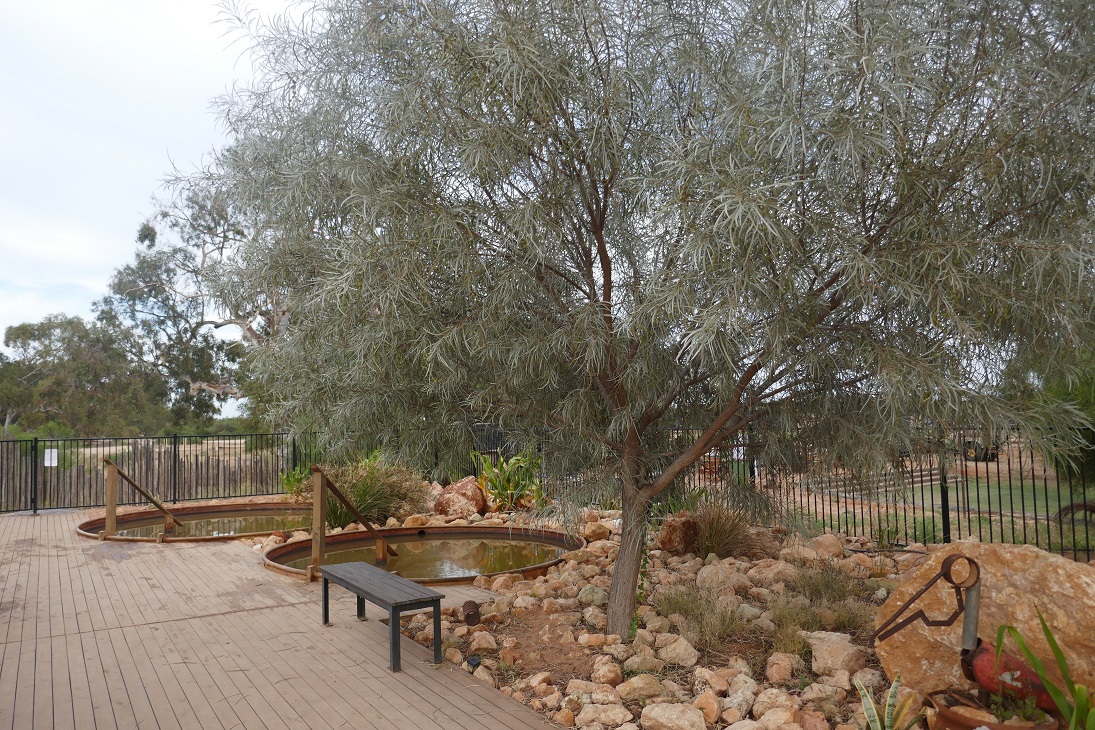