We travelled the coast road to Geraldton which led us past the Pink Lake. It's not every day you see a pink lake, so we stopped to take a few photos. Then we continued to Geraldton, set up the van and headed into town. Our goal was the information centre but Google hasn't been updated since the centre moved and we ended up in front of the RAC building. They're currently trialling driverless buses and we happened to arrive just as the bus was waiting for passengers. After signing a waiver, we jumped on board and were taken on a short loop around the area. There were two employees with us, one who had a controller, ready to take over if need be, and the other person telling us about how the actual set up worked. It was really interesting. I actually forgot we weren't being driven by a person. There were only a couple of minor issues; sudden braking was a little bit abrupt (a seagull flew in front of the bus) and at the roundabouts it was very cautious and held up traffic until it was happy the way was clear. 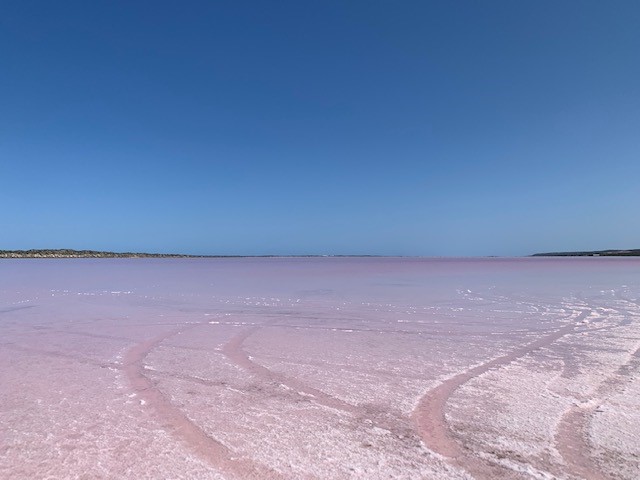 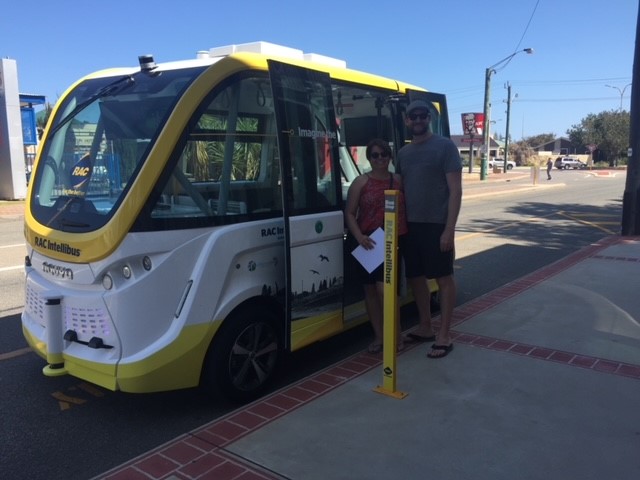 The next day we headed to the HMAS Sydney II Memorial in time for the free guided tour at 10.30 am. Our guide was well informed and the stories about the naval disaster were tragic. The Sydney was sunk by a German raider just off Shark Bay on the 19th November 1941. All 645 people on board died. The wreck of the Sydney and the German raider Kormoran weren't found until 2008 as both ships were at a depth of 2500m. The memorial is a beautiful tribute to those who lost their lives and well worth a visit.

I studied history and both world wars when I was at high school, but everything we were taught was about the war in Europe and no mention was ever made about the attacks on Australian soil, or our soldiers fighting in the Pacific. I didn't realise Darwin was bombed until I visited the city, and Exmouth was a US/Australian base as well. The sinking of the Sydney is considered Australia's worst naval disaster and it was never mentioned at school. I'm not saying the war in Europe wasn't important - far from it - but some acknowledgement of the war closer to home would have been nice.

We next ventured to the Geraldton museum where we watched a 3D movie showing the wrecks of both ships. They are remarkably well preserved due to the depth they reside in. The Geraldton museum was really well set out, but we were a little bit over museums by this stage so we didn't stay long.

We enjoyed our stay in Geraldton, but with strong winds forecast for the weekend, we decided to leave a day early and head home.